In 2018 Jim’s work was nominated for International Nature Photographer of the Year at Master Photographers International. Jim is the Canadian Brand Ambassador and distributor for Kase Filters. Jim teaches Landscape Photography classes through workshops in Canada.

The Power of Personal Projects

In this presentation UK Photographer, Educator, and Author Glyn Dewis will talk about the importance of personal projects and how they are the key to developing as a Photographer. Glyn will also go through his current 39-45 Portraits Project where he (until lockdown) was touring the UK photographing surviving World War 2 Veterans; an entirely self-funded project that has gained National News Coverage but with the sole intention of providing Veterans and their families with classic, timeless portraits. Glyn will also go through some Veterans stories and also the photography and lighting he uses to take these Veteran Portraits on location, how to relax people in front of the camera, shooting in limited space and with minimal kit, and will finish the presentation with some examples of retouching techniques he regularly turns

Traveling for over 35 years, photography has always been part of this couple’s itinerary. The pair has visited over 40 countries. They are particularly attracted to independent travel and exploring less-traveled parts of the world — areas that have not yet been spoiled by tourism. Their curiosity is about the landscape and the culture of each country they visit. They extend their interest in people to learning about their religious practices and participating in their festivals and celebrations.

The Art of Seeing

We all want to make great photographs. Yet our best efforts often fall short of our aspirations. We followed the rules, we lit it right, we exposed it right, posed it right, composed it right, processed it right…but too often something is missing. The image just doesn’t have the impact that we had hoped for.

This is a fun and thought-provoking talk that will explain the science behind “seeing” and why humans are so bad at seeing details. Using a combination of science, psychology, art, and humor, Joe will demonstrate how personal perspective and attention to detail, as opposed to RULES, will separate the good from the great.

The presentation includes videos as well as a demonstration that will show how you can dramatically improve your photographs, whatever the subject matter, by improving your ability to “see.”

What you will learn:

Why is it so hard to “see” all the details in real-time? We will look at the science behind why humans struggle with details.

The mirrorless program is designed to inform and educate people on the pros and cons of Mirrorless cameras as well as clear up misconceptions that are commonly known about them. The program will touch on the following topics.

The Christmas Social is a annual tradition at GRIPS where we share food, drink and watch slideshows from our members.

Monique”s talk focuses on building the confidence to photograph on the streets for both beginners and experienced photographers. Her 75-minute talk shows over 60 photographs from her start as a street photographer in 2016 to the present. As part of the presentation several “before and after images” will demonstrate how she crops and edits her work. Many tips and tricks will be discussed with the audience that she hopes will inspire people to go out and shoot Street. She also supplies a five-page handout related to street photography and a pdf of Ontario Photographers Rights.

What you will gain from this presentation: 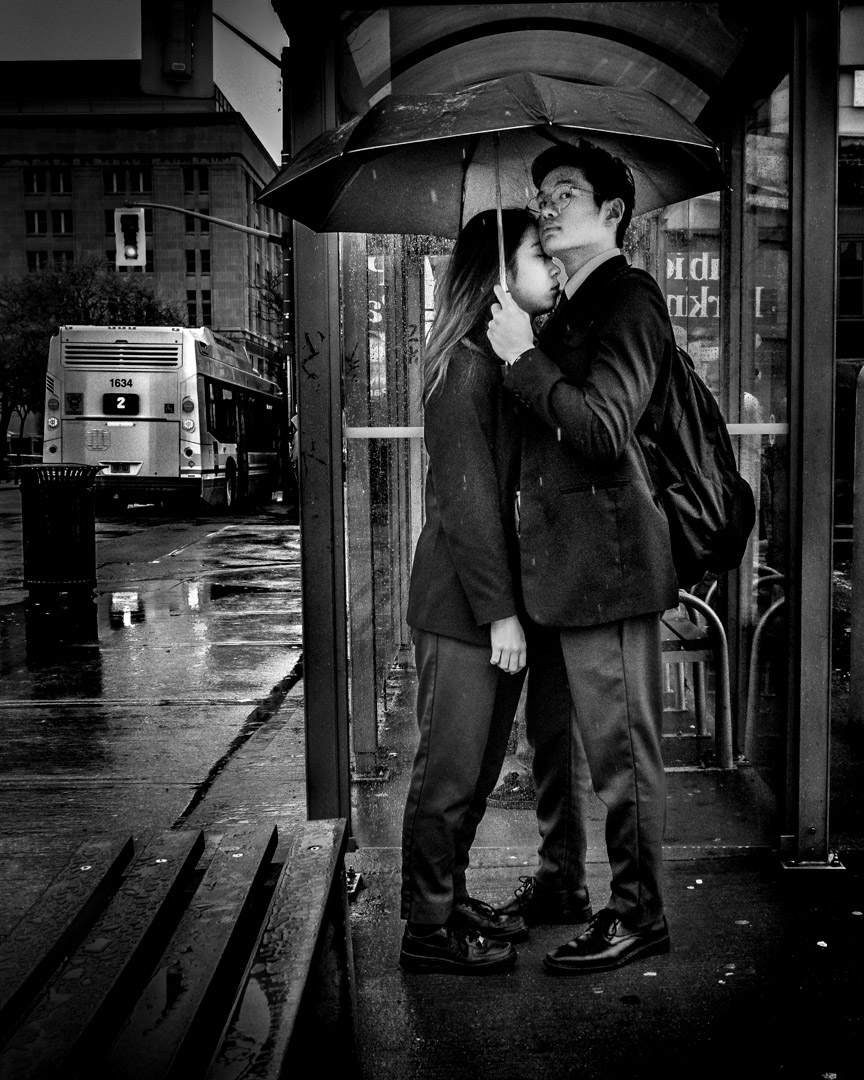 As photographers, we are always on the lookout for new and interesting subjects. This can be an elusive and occasionally frustrating pursuit. Sometimes, you are able to capture an interesting background but maybe you feel that you want or need to add something to tell the story or at least add a little more interest. One way to approach this is to photograph the elements separately and then blend everything together later. The concept, although not new to photography has been taken to a new level with today’s modern digital techniques. It is now becoming more and more popular in the everyday images that we are exposed to. In order to achieve a realistic or at least a believable outcome, there are a few key things that you need to know.

In this presentation, I will discuss the importance of the story concept, lighting, shadows, perspective, and colour matching of the elements in order to make the final composite look as authentic as possible.

Images from the North

I will be speaking about, and presenting images from, my trips to Norway, primarily the Lofoten Islands, and to Northern India over the past few years. This travelogue gives the audience an entertaining look at the contrast in travel experiences: the geography, the temperatures, the people and their customs, and how to prepare for these trips. I will also include a short AV presentation from the Lofoten Islands.

If you have ever thought about traveling to either of these 2 countries, I can assure you that you wouldn’t be disappointed. I hope that my images and narrative will whet your appetite.

The Theater of Roxham Road

For our talk, I’d like to discuss a project I’m currently involved in within the context of documentary photography and related issues such as working with the sensitive subject matter, trying to move away from traditional ‘refugee’ iconography in terms of victimhood, how to gain access, etc.

The Theater of Roxham Road is an exploration of the irregular border crossing between Champlain, New York and Hemmingford, Quebec. Since 2016, a large number of refugees have attempted to cross into Canada from this spot seeking asylum. As a result, the RCMP has set up a small processing center to accommodate the numbers.

The site is very small – enough space for a few cabs to park and drop people off, a spot where people wait before crossing as the guards address them, informing them that they will be arrested if they cross, the actual crossing and the border services building on the Canadian side.

In 2019 I made 4 trips to Plattsburgh to document this place, the event, surrounding activities and people who have become involved in its function. Various forces intersect, such as the landscape through the seasons, the environment at night, the cab drivers who shuttle refugees to this spot from Plattsburgh, the Plattsburgh bus station, the Canadian border police, the caregivers who help refugees en route, the objects left behind and the asylum-seekers themselves in various stages of their journey.

Tunnel Vision is a Terminal Disease. Take a Walk on the Wild Side.

The moral of the story? With anything creative, listen to your heart, not your intellect. Never feel stupid or self-conscious by letting your mind free-fall. There’s no guarantee your masterpiece(s) will be successful every time, but, by the law of averages, you will reach the keyhole of creativity. You might even be called artistic!

Most photographers would love the chance to go on an African safari. If you are fortunate enough to have this opportunity someday, try not only to enjoy the actual safari experience but also relish the anticipation beforehand and the hours of self-satisfaction and joy that are yours for the taking when you reflect back on your trip. Of course, the photos you bring home will be a big part of that reflection process, and the better the quality of your photos, the more enjoyment you might realize. Planning plays a big role, not only in the quality of your photos but also in the quality of your safari experience.

In 2018 Tom and Ellie Jenks traveled to Botswana and Namibia on a wonderful safari to celebrate their fiftieth wedding anniversary. Join us for an inside look as we share how planning was key to our success in various aspects of our trip, and take a look at the photos we brought back and hear our stories of how we got them.

Read More about Tom and Ellie

Discussing the Local Conservation Areas and Photographing Them

Discussion about conservation areas, their importance, photographing them, and respecting the space.

Insect Photography and Growing and Photographing a Butterfly Garden

Join us as we meet for an evening of sharing images, slideshows, and announce year end winners.

© 2021 GRIPS. All images are owned by GRIPS, its members or used with by permission by their owner.
error: Content is protected !!